Ongoing experiments relating to determination of quartz crystal motional parameters led to the need to make a G3UUR crystal test circuit resonate at around 10MHz using an LC tank circuit, with an inductor in place of the usual crystal.

A 10.7MHz intermediate frequency transformer, also known as an IF can, is commonly used in the IF strip of FM radios.

A 10.7 MHz IF can, with minor modifications, seemed ideal for as a 10Mhz variable inductor for this particular purpose as its usual frequency of operation was close to the required frequency.

The "Xicon 42IF123" IF can was available from www.minikits.com.au and was selected.

The first step is to remove the small capacitor in the base of the can, visible from underneath.  As shown in the circuit diagram, the capacitor is in parallel with the tapped primary coil of the transformer, and allows the primary to resonate at around 10.7MHz. It is not needed if the IF can is to be used simply as an inductor. 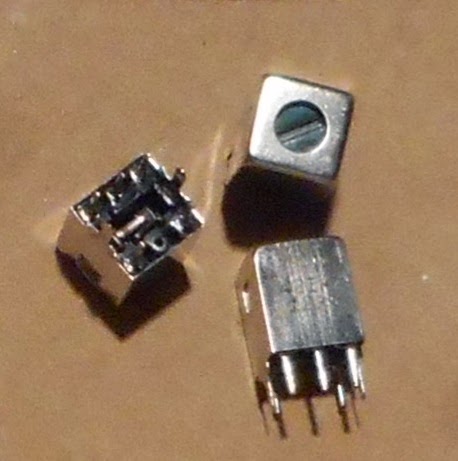 The capacitor can be removed with a sharp knife, scalpel, or similar. 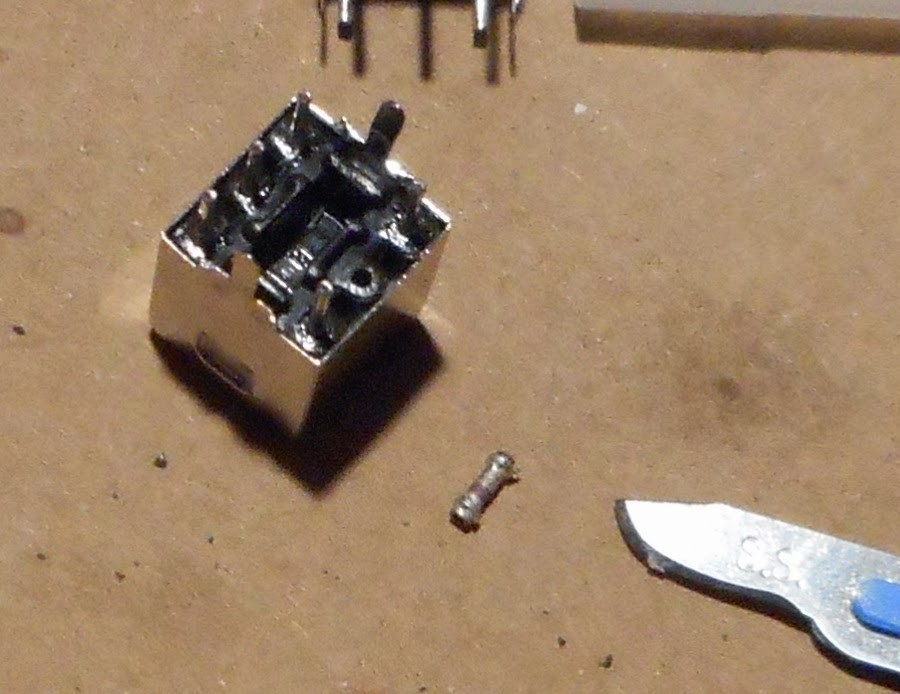 The shielding can is then carefully removed from the plastic base, taking care not to damage the vertical ferrite bobbin with the windings. 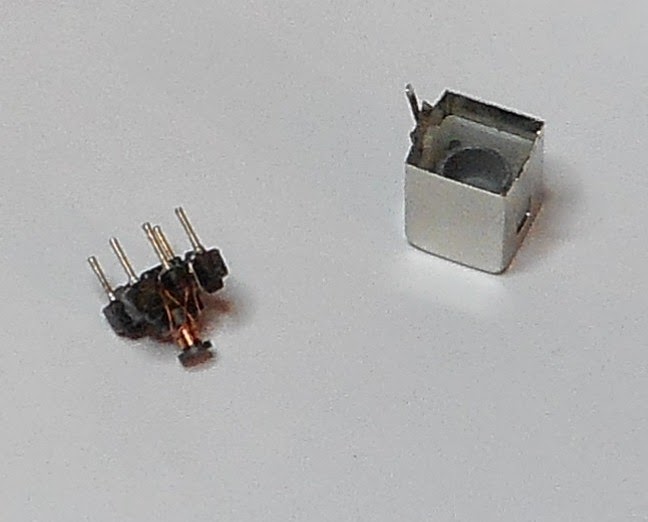 The inductances of the windings had already been experimentally determined.

The tapped winding between pins 1 and 2 was calculated to have an inductance range: 2.5uH - 4.5uH

The primary winding between pins 1 and 3 was calculated to have an inductance range: 5.5uH - 10uH

There appeared to be about eight turns for the winding between pin 1 and 2, which, conveniently, was the most accessible winding, located at the top of the ferrite bobbin.

Accordingly, to effect a reduction in inductance of about 30-40%, three turns had to be removed. 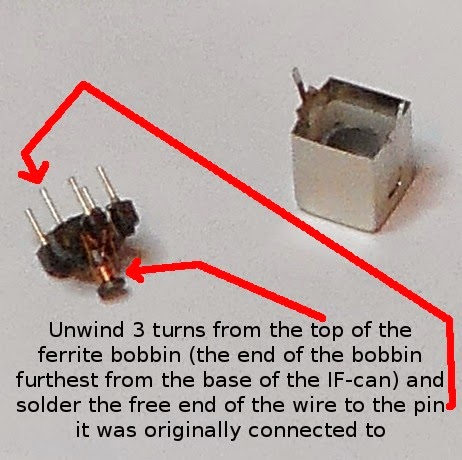 After three turns had been unwound, the wire was carefully scraped clean of enamel insulation and re-attached to pin 1 with the soldering iron, after which the shielding can was replaced. The windings were then checked for continuity with a multimeter.

After confirming continuity of the windings, the modified IF can was placed in the G3UUR colpitts circuit using the winding between pins 1 and 2 in place of the crystal.The oscillator could now be tuned from around 9.0MHz up to 11.0Mhz, which achieved the intended goal of 10MHz operation.
Posted by Erich at 07:13 3 comments:

Some useful E-waste in the form of a Canon printer/scanner with a film adapter in the lid was pulled apart.

As well as some DC motors, shafts, screws, springs and plastic panels, an EL wire (CCFL) light source was found in the lid that served as a 35mm slide or 35mm film trans-illumination source.

The first step in awakening the light source was to establish the polarity of the two wires going to the CCFL inverter module.

The two lower voltage wires which ran to the CCFL inverter from the printer's main PCB were grey and black, and the high tension wires going to the EL wire were pink and white.

The circuit board of the inverter had no markings to indicate the polarity of the lower voltage grey/black pair, but a transistor near the low voltage grey/black input jack had its emitter marked on the PCB, and this was common to the grey wire.
Further inspection of the PCB traces confirmed that a nearby electrolytic capacitor's negative lead was common to the emitter and the grey lead, making the grey lead GROUND, and the black lead POSITIVE.

A variable voltage DC supply was connected to the leads and the voltage slowly increased. Half the CCFL panel lit up somewhere in the order of 15V, and by 24V it was fully lit.

This was consistent with one of the DC voltage produced by the AC->DC SMPS module in the printer being 24V, with no 12V or 5V options.

At 24V DC, the inverter was drawing around 200mA. The plastic surround will be retained and a small lamp is planned in conjunction with a spare 24V wall wart / DC plug pack.

Maybe someone pulling something similar apart will find this useful and possibly avoid destroying their inverter if it has similar BLACK=positive wiring. 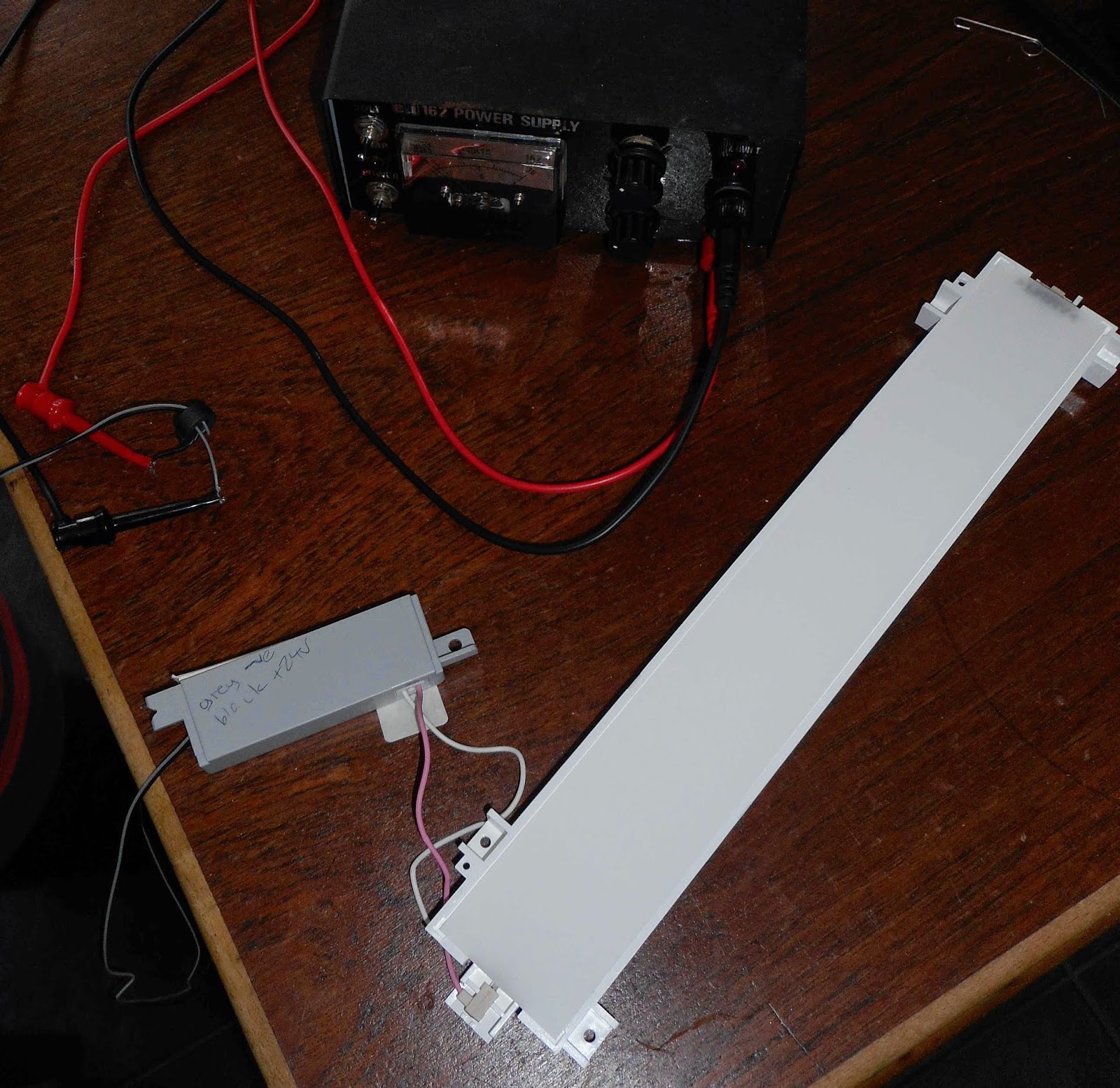 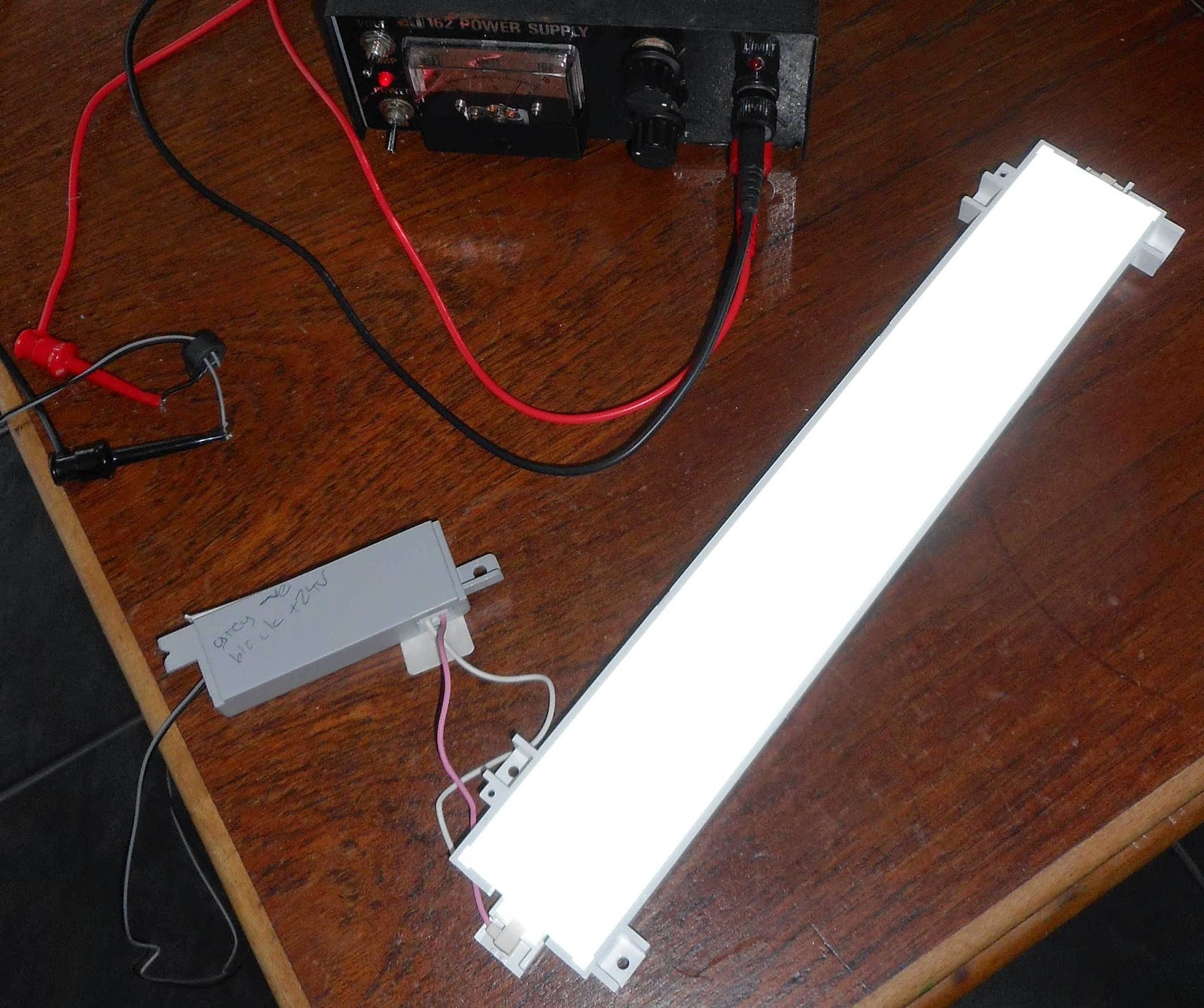 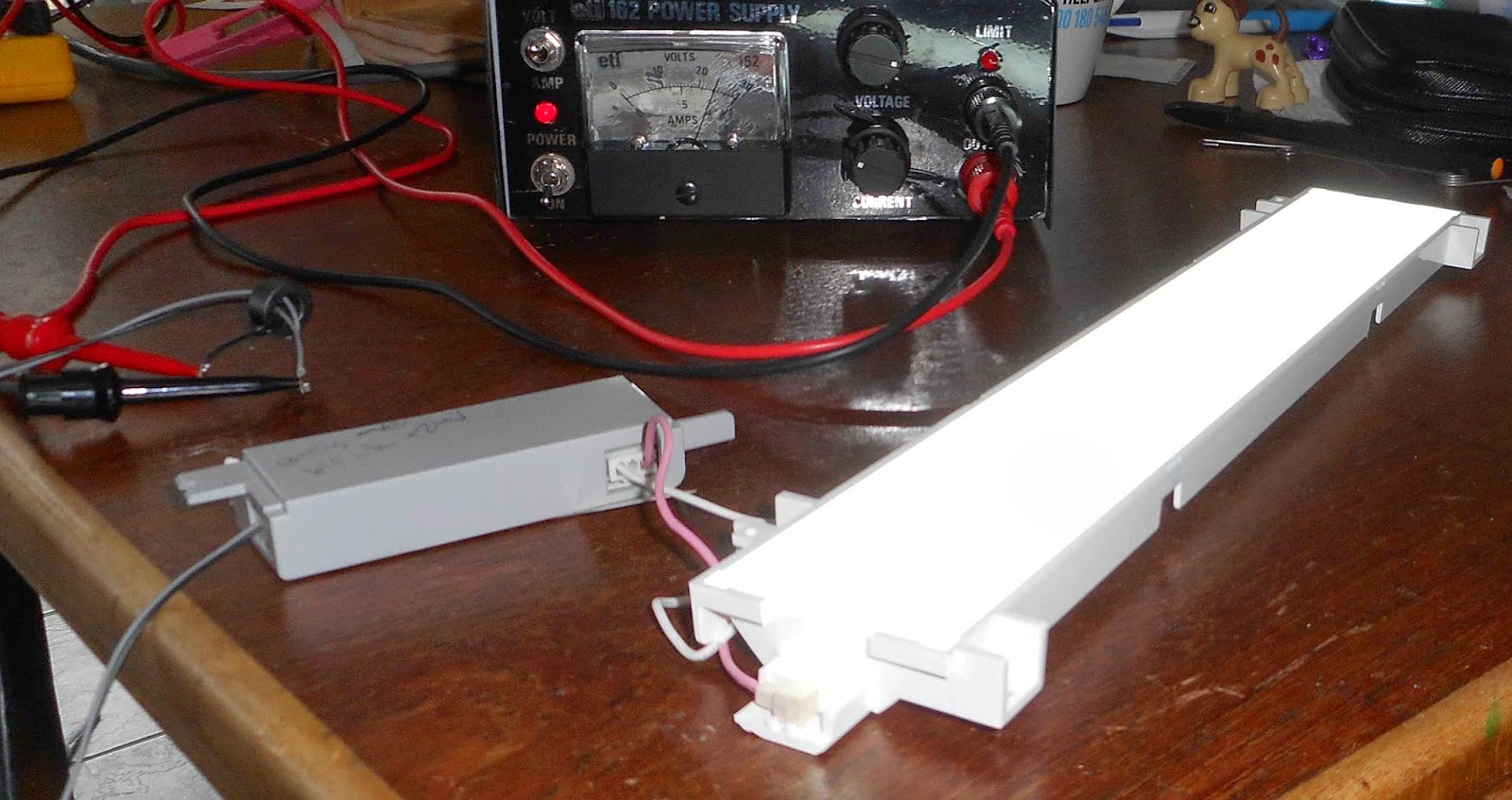