having run some cabling from the bedroom to the study for the HPSDR
(USB extension lead primarily, plus a Cat6, Cat5, power, data and sundry audio for future mischief) 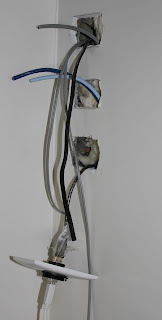 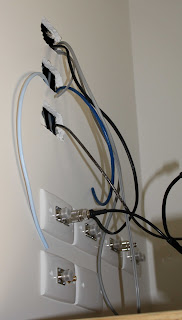 I could then run the HPSDR in the study 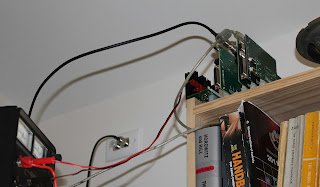 from the netbook in the bedroom. The netbook is running the ghpsdr3 software for the HPSDR, and in particular, the dspserver and hpsdr-server software which can allow clients on the network to access the HPSDR remotely 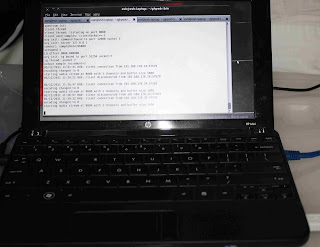 And then the PC (ghpsdr3 software is installed too) hooked up to the TV is able to access the server application on the netbook, and is running QtRadio, the "remote head" part of the ghpsdr3 suite of software, which could also run on the netbook if I wanted to. End result, the TV in the lounge is now a remote head for the HPSDR! 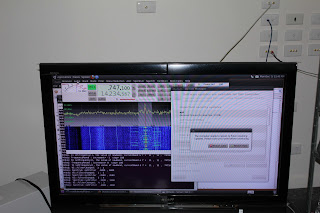 The TV is tuned into a broadcast band AM station.

One can also run John Melton's (G0ORX) android remote HPSDR app, and here's the android tablet doing this over wifi: 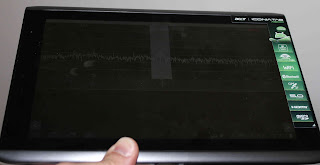