Further work has gone into pcb-rnd's

as a result, pcb-rnd can now import:


With this new capability, existing OSHW designs and user contributed parts libraries can remain in the information commons without being fenced off by new changes to Eagle licensing.

As an example, here is the VK3AJG BC547 80m SSB transceiver design, loaded from an Eagle binary format layout (.brd) file made available by G4USP: 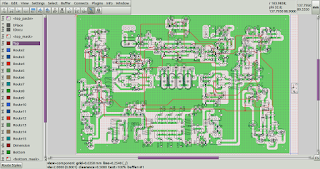 and here is a manufacturer supplied footprint for a 50mil spaced header that was only available in an Eagle binary library format: 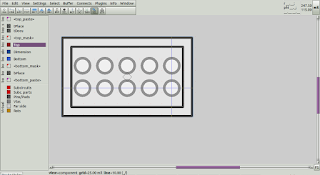 and here is the same header after being exported in Kicad format and loaded into pcbnew: 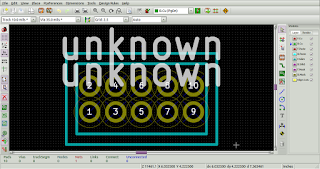 And here is the legendary TV-be-gone PCB, found in Eagle binary format, and loaded into pcb-rnd: 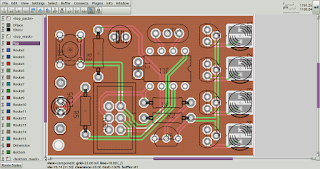 These new capabilities are in SVN head currently, but will be in the next pcb-rnd package release due shortly.


A loaded layout or library can be modified and/or saved in pcb-rnd's native file format, or exported into other supported formats which include:


allowing pcb-rnd to provide Eagle->gEDA PCB, Eagle->Kicad and Eagle->Protel Autotrax conversion if required, subject to any feature limitations in the target formats.

As with any of the other layout formats supported by pcb-rnd, an Eagle binary layout can be also be nominated for use as a library in pcb-rnd's preferences.

In closing, with native support for both Eagle layouts and libraries in pcb-rnd, the need for external utilities such as eagle2gedapcb or translate2geda or the various ulp scripts in existence for exporting to foreign formats from within Eagle is much reduced. It should also be noted that pcb-rnd can be run headless, allowing batch conversion of files from the command line.

Thanks also to LA3PNA for his help with example files!!
Posted by Erich at 09:50